This kind of conflict occurred in widely scattered western areas when farm crops displaced rangeland. Families of early farm pioneers still occupy holdings here that are well over a century old, although many of them finally have shifted from planting crops to raising cattle after winning their battle against early stock herders.

Location:  Between mile markers 12 and 13, approaching Riverdale on Hwy 34

Diverted into this valley by lava flows, Bear River deposited a huge, mostly red clay, delta here where it entered a vast inland sea that covered much of Utah.

Some 14,500 years ago, its shoreline here suddenly went down about 80 feet following an enormous discharge into the Snake River. From then on, it gradually receded to become Salt Lake. Bear River then had to cut through and erode its old delta, forming steep sides and gullies you see here today. 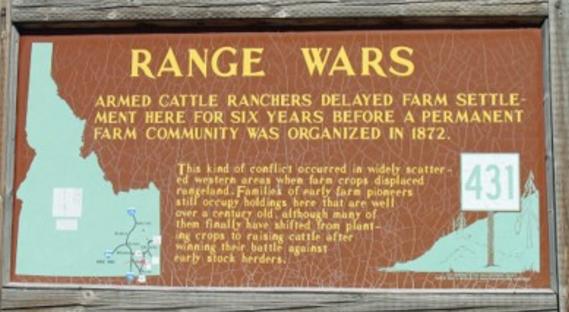 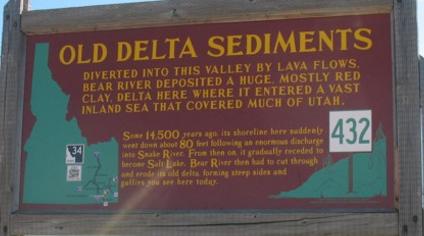