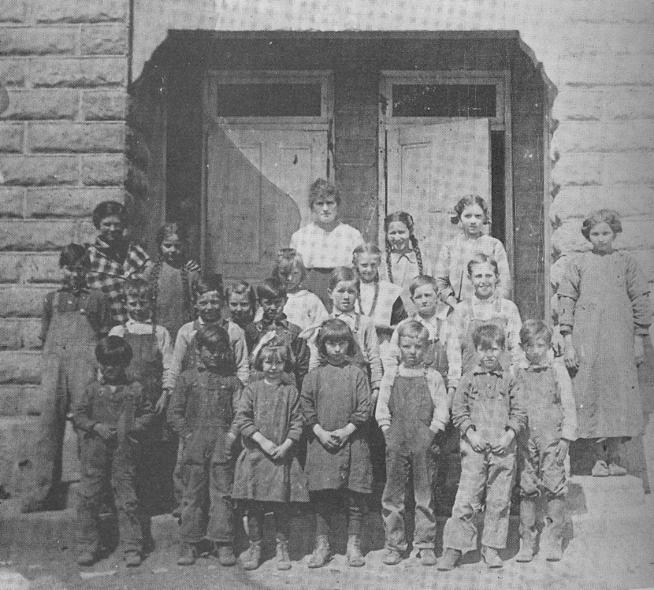 LOCATION AND NAME
The Cub River/Mapleton area is an unincorporated settlement northeast of Franklin.  The area was originally called “St. Joseph”, but because another Idaho town already had that name, it was changed to “Mapleton.”

FIRST SETTLERS
In 1874, Joseph Perkins left Franklin and settled on Cub River and built a house.   He was the first settler in the region now known as “Mapleton,” a  scattering of houses along Cub River.  However, Mr. Perkins did not move his family to the ranch until 1877.  The hills and mountains provided an excellent summer range for cattle.  In 1876, Andrew Morrison built a house near a little spring on the north side of the river, and became the first settler on that side of the stream.

The trees along the upper course of the river attracted contractors who sought logs for railroad ties.   In April 1877, Harrison A. Thomas of Smithfield led a small company of men up the river past Mapleton to secure logs.  Later that year, a company composed of Harrison Thomas, Thomas Hillyard, Preston Morehead, and Samuel Roskelley constructed a sawmill up the river from Mapleton.  About fifty men were employed and thousands of logs were cut, sawed into railroad ties, and floated down Cub River to form the roadbed for the Utah Northern Railroad for which the rails were being laid in northern Cache Valley.  In 1879, Mr. Thomas homesteaded and became an active member of the new settlement.  In 1881, he constructed a ditch from Cub River to bring water to his home and farm.

CHURCHES
As others joined the first settlers, a branch of the Franklin Ward was established in 1881 in the settlement which was named “St. Joseph” in honor of the first pioneer.  Joseph Perkins was the first presiding elder.  In 1888, Mapleton Ward was organized with Edward Perkins as Bishop.

One of the first meeting houses was called the Scout House.  All events were held there:  church, dances and all community gatherings.

EDUCATION
In 1910, a new schoolhouse was built on the hill by the side of the road and church was held there.  In 1927, after the road had been changed and did not run by the hill any longer, a new church was built where it now stands by the main road going up the canyon.